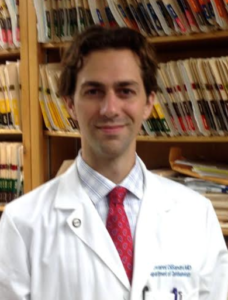 Giovanni DiSandro, M.D. joined Virginia Ophthalmology Associates in May of 2015.  He is a board-certified ophthalmologist and oculoplastic surgeon. Dr. DiSandro graduated from the College of William and Mary, where he served on the Judicial Council and obtained a bachelor of science in biology. He then received his medical degree from Eastern Virginia Medical School. While there he won the AAMC Golden Leadership Award for organizing medical eye screenings for underserved residents of Hampton Roads. He stayed to do a residency in ophthalmology at EVMS, where he won the Eunice Baxter Medical Staff Award for his performance as a chief resident. He also participated in several medical mission trips, including rural Virginia, Maharashtra India, and central Peru. Dr. DiSandro then completed a fellowship in oculoplastic and orbital surgery with EVMS in Norfolk, VA.

Dr. DiSandro specializes in treating problems of the eyelids and the area around the eyes, and performs surgery to correct both functional issues as well as to improve the cosmetic appearance of the eyelids. He also treats issues with the lacrimal ducts that may cause excess tearing, and orbital problems (involving the bones that surround the eyes) such as tumors, trauma, and Graves disease.